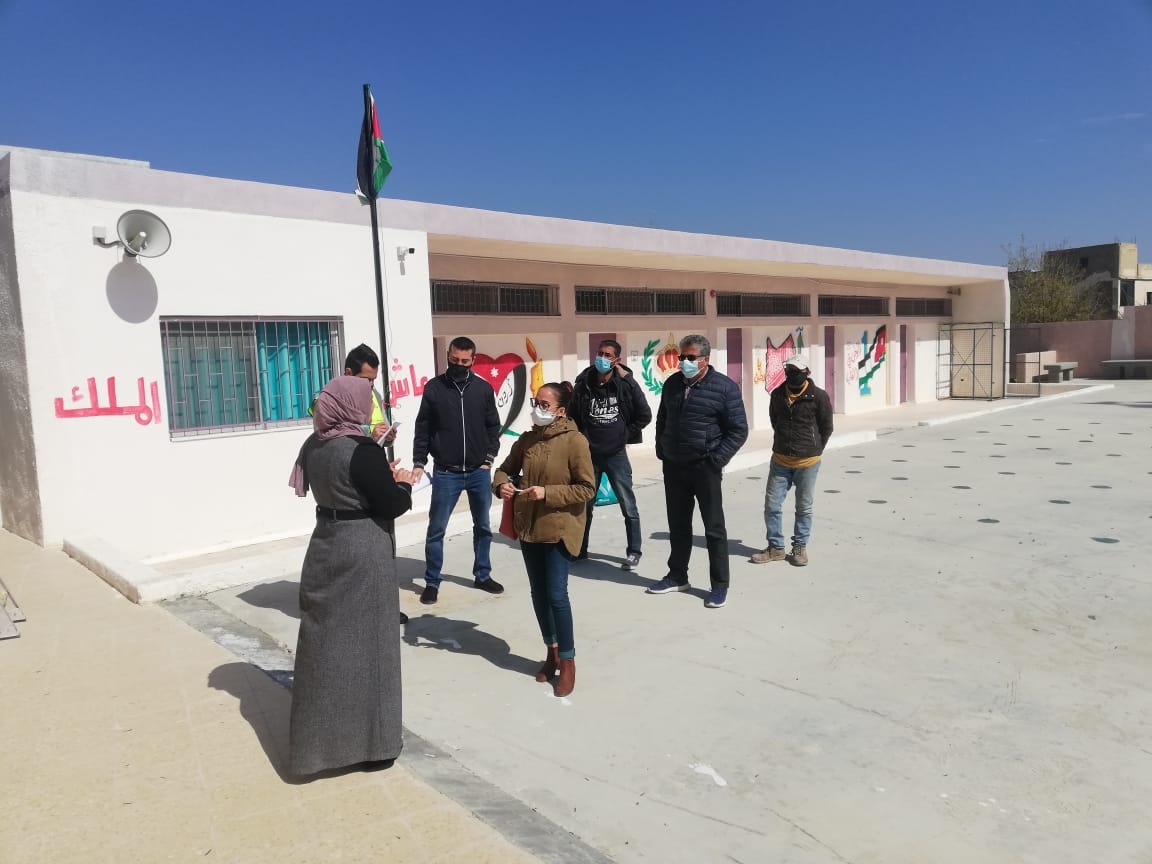 A Public Security Directorate compound (PSD), located in the Moqabalain area south of Amman, became the site of a SWIM-Sustain Water MED-led in 2013, a Regional Technical Assistance Program that contributes to the implementation of sustainable water management practices, according to its website. PSD’s predicament was selected for the grand scale of water demand and water saving opportunities that it represents.

With the amount of water required to irrigate PSD’s gardens – about half of the compound’s drinking water demands – in addition to the cost of water and transporting wastewater, the challenge was to reduce both cost as well as water demand.

Deutsche Gesellschaft fur Internationale Zusammenarbeit (GIZ) sought to install a decentralized wastewater treatment plant (WWT) to effectively address both the financial and resource costs of the compound with Methods for Irrigation and Agriculture (MIRRA) taking the lead on developing a landscape irrigation system to reuse the water of the WWT, train staff about efficiency and use practices in landscape irrigation and produce educational materials for PSD’s reuse activities.

“The plant was inaugurated on June 22, 2014,” Nabeel Wakeeleh, the engineer who designed, built and is contracted to operate and maintain the WWT, said. “On several occasions, we have actually prepared a feasibility study for Decentralized Wastewater Treatment; the calculations have always shown that it is financially feasible in addition to the environmental benefits.”

Because the compound is not connected to the municipal sewer network, it receives drinking water from the Water Authority of Jordan. Prior to the installation of the WWT plant, irrigating the landscape had cost an estimated 2,700 JOD/month with water supplied by private tankers. Such a large water demand for landscaping amounted to about half of the water demand, which was 900 m³/ month. Not only that, but the PSD compound was set to expand its occupancy as well as its landscape area amounting to an increased water demand of 6,500 m³/month &  4,378 m³/month, respectively.

Why Choose a WWT?

Buying drinking water from WAJ is a necessity of quality. However, to pay more for irrigation water delivered by tankers at three times the cost of drinking water, in addition to the fees paid to sewer services remove used water; the teams saw that an on-site WWT plant would enable PSD to halt these expensive and unsustainable procedures.

The up-front cost of a wastewater treatment plant was 320,000 JOD with operational costs at about 0.22 JOD/m³. Based on a daily maximum flow of 150 m³/month of wastewater, the monthly operational cost would be about 990 JOD. Add the monthly cost for electricity to operate the plant – 376 JOD, chemicals (fertilizers, pesticides and flushing chemicals) – 2,500 JOD, bringing the total annual operational cost of the irrigation system to 7,017 JOD.

Savings in the Hundreds of Thousands

Under the initial scenario, annual operation costs for domestic water use, irrigation and wastewater services added up to 19,936 JOD, and 140,400 JOD following PDS’s planned expansion with added staff and landscaping. The WWT plant, under the future scenario, was estimated to cut expensed to just 14,195 JOD.

“We know that MIRRA has made a very good training course on water reuse, which was attended by PSD owner and staff,” Wakeeleh said. “We are working and it is operating as planned. Training is always to be repeated because people are changing. So, I would assume, yes, there is always a need for training to make sure the new staff is also informed about their duties.”